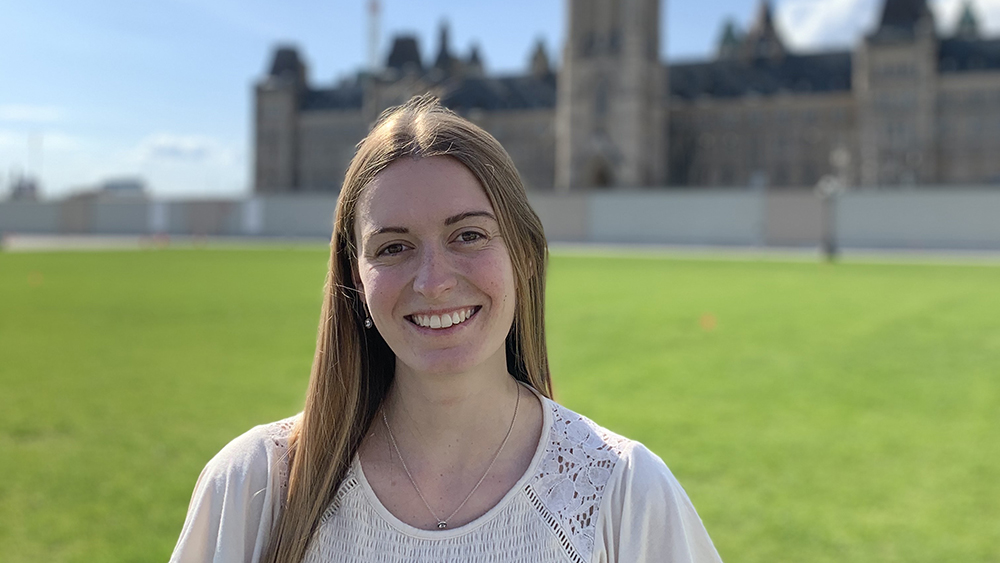 When Stephanie Grundy ’19 landed her first job in communications, she didn’t know it would become a baptism of fire.

The entry-level writer was juggling a host of projects. “I was researching and writing articles, publishing news on the website, coding emails to employees who worked in multiple time zones, creating graphics, and even producing videos,” Grundy recalls.

She used her Neumann education to meet the challenge. “I learned a little bit of everything about communication as a CDM major. I got experience in writing, radio, and television. That mix and the blend of theory and practice at Neumann was critical to my success at PMI.”

Then the pandemic hit, creating even more complications for her. A native of Canada, Grundy left her Aston apartment and headed home to Ottawa, Ontario, working at PMI’s Canadian site.

The move was fortuitous. After almost a year and a half with PMI, Grundy survived her baptism of fire, emerged unscathed (and with a ton of experience), and secured a job with Immigration, Refugees and Citizenship Canada (IRCC) in Ottawa, Ontario.

Now a government employee, she is a communications advisor for one of IRCC’s four internal communications teams. She works with the accessibility team to promote a barrier-free environment for people with disabilities and the IDOL project (inclusion, diversity and official languages) to combat discrimination and promote inclusion.

She has embraced her new role, expressing gratitude for being engaged in “work that is important and important to me” and for the creativity that internal communications provides.

She urges current students to trust the process. “You may not see the connections when you’re in the middle of a certain course, but experiences and networking can lead to great opportunities.”

Longterm, Grundy hopes to gain broad experience in her field and eventually use her creative talents to write a series of children’s books.