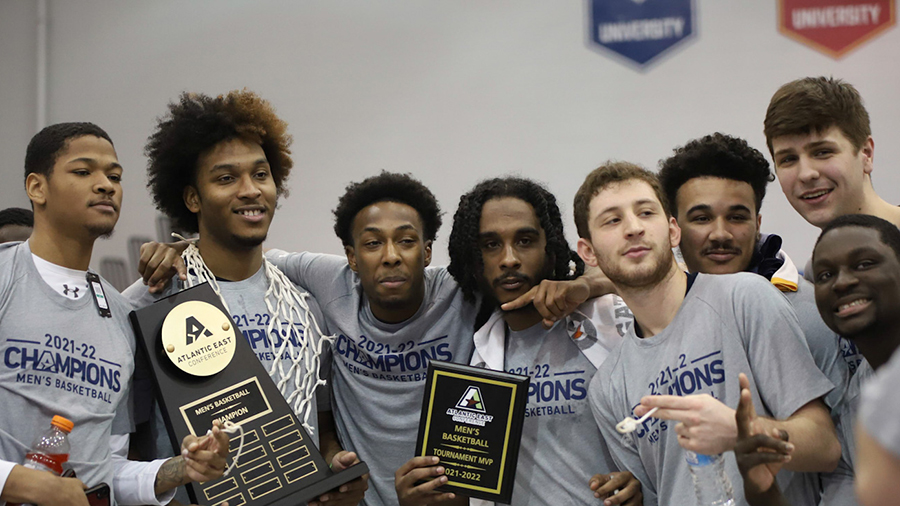 For the third time in program history, the men’s basketball team clinched its conference championship, a first since joining the Atlantic East Conference, against Marymount University.

The game came down to the final minutes, as the Knights tied the game at 53 on a jumper by Guard TJ Lewis with 4:21 on the clock. Forward KJ Speller hit a layup with 2:46 remaining to give Neumann its first lead of the game, 55-53. The teams then traded baskets and were knotted at 59 with 33 seconds left in regulation.

A jumper by Forward/Guard Jalen Vaughns with 3.8 seconds on the clock put the Knights up 61-59. On the inbound pass, Ryan Starr stole the ball, and the clock ran out, making Neumann the 2022 Atlantic East Champions.

“We were trailing the entire game and the players battled through the adversity to make plays to win on a last second shot to secure the program’s third conference championship and third trip to the NCAA tournament,” head coach Jim Rullo said.

The team’s 21-8 successful season came to an end with a loss to Willams College in the in the first round of the NCAA Tournament.