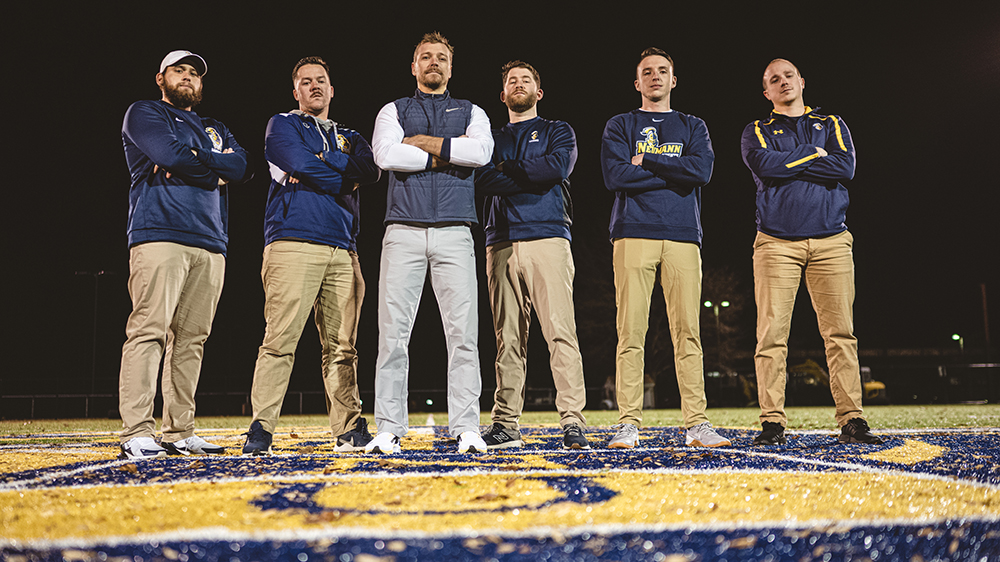 Men’s Lacrosse: Coaches of the Year

The men’s lacrosse coaching staff was named Coaching Staff of the Year by the Atlantic East Conference for the 2021 season.

The Knights went 6-4 overall for the season and 4-2 in the conference, advancing to their first conference championship game since 1999.

One element that makes this coaching staff unique among its peers is that each coach is an alumnus of Neumann University.

When we were given the opportunity to help rebuild the men’s lacrosse program, we identified team culture and player experience as being the two main focal points that we believed would help us to rebuild a competitive and sustainable program,” Gardner said of the lacrosse program’s rebuilding.