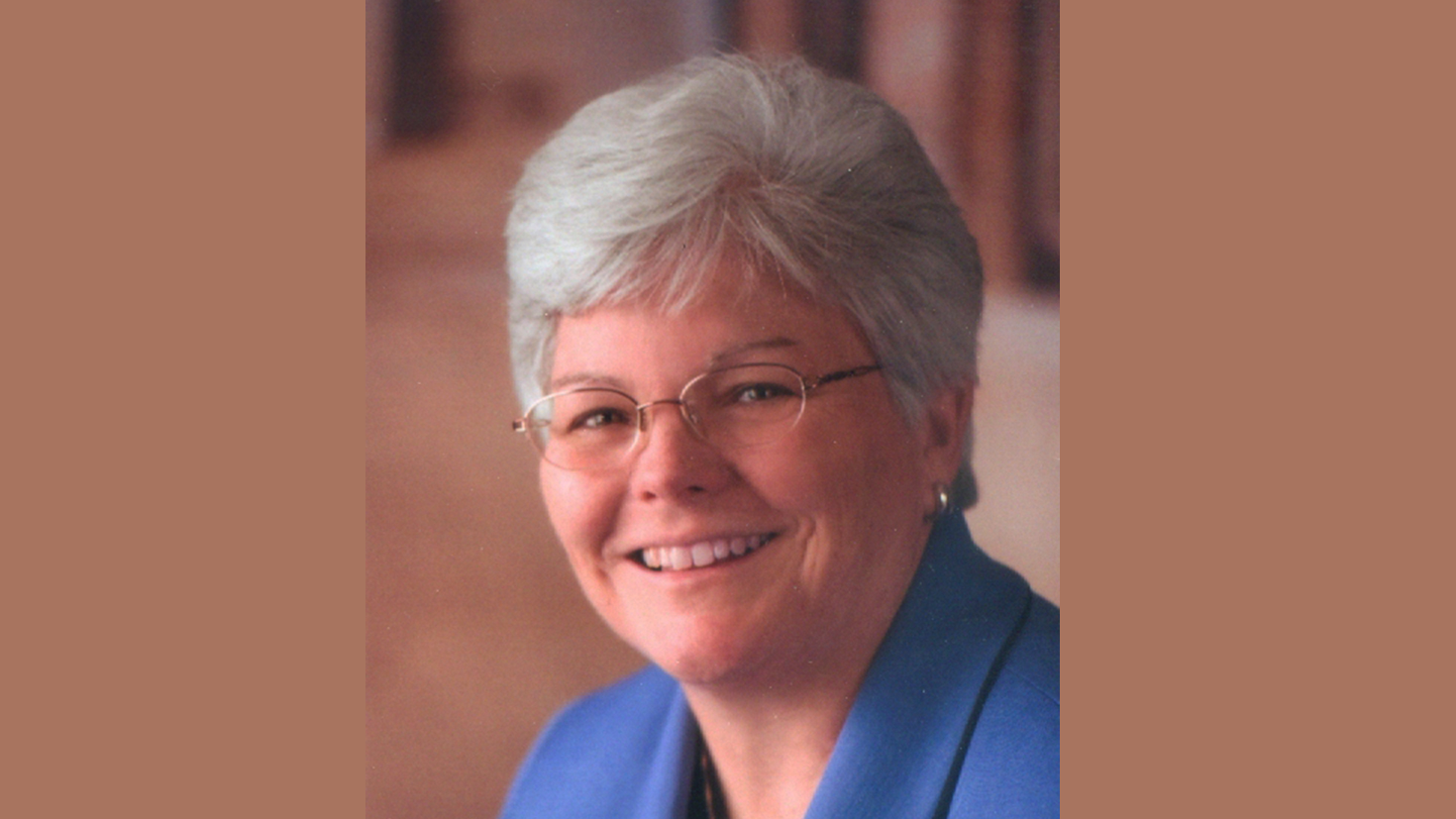 Neumann University has named Sister Mary Kathryn Dougherty, OSF, as its vice president for mission and ministry. Sr. Kathy assumed her new role on December 1, 2021, following Sr. Marguerite O’Beirne ’70, OSF, who had held the post for more than 20 years.

“As a Sister of St. Francis, I have always been proud of Neumann University and the RISES values that are pervasive throughout the institution,” said Sr. Kathy.  “I have met so many wonderful faculty, staff, students, administrators and board members who embrace the mission and live our Franciscan values daily.  I feel blessed and excited to have this opportunity, being a part of NU, to build on our strengths and seek new ways to further the mission.  As Neumann plans for the future, I am energized by its potential growth and the many possibilities to promote our values.”

Dr. Chris Domes is especially pleased to welcome such a seasoned administrator to the university’s executive team. “Sr. Kathy has extensive experience in educational leadership and administration,” he noted. “In fact, she served as director of university ministries at St. Bonaventure University for four years. Her intellect and commitment to our Franciscan mission will be valuable assets as we look to the future and begin to implement the campus master plan.”

"As a Sister of St. Francis, I have always been proud of Neumann University and the RISES values that are pervasive throughout the institution."

Sr. Kathy was elected as congregational minister of the Sisters of St. Francis of Philadelphia in June 2014 and finished her term in July 2021. She has been a professed member of the congregation for 40 years, taking her final vows in 1981. Born in Baltimore, Maryland, Sister Kathy holds a B.A. in Psychology from Notre Dame of Maryland University and an M.A. in Systematic Theology from the University of Notre Dame in South Bend, Indiana.

Sr. Kathy’s ministry has primarily focused around education on all levels. She taught at the Catholic High School of Baltimore, St. Peter Claver School, St. Anthony of Padua School, and St. Francis-Charles Hall High School, Baltimore. She was the director of university ministries at St. Bonaventure University in St. Bonaventure, New York, from 1997-2001. Her formation ministry was as director of candidates during that same time, after which she became director of the congregation’s novitiate program. From 2005-2010, Sister Kathy was an adjunct professor at Neumann University.

In 2010 Sister Kathy returned from renewal and, while exploring ministry options, came across an opening for a chaplain at the Baltimore City Women’s Detention Center. She visited the center and knew that was where she had to be. Sister Kathy served as chaplain of the center from 2010-2014. She was also living out the Franciscan commitment to responsible stewardship of the Earth at this time by trying to live as self-sustaining as possible on a farm in White Hall, Maryland, for a few years.

Over the years Sister Mary Kathryn has served on numerous committees and boards including the Catholic High School of Baltimore, St. Joseph Medical Center, and the Province Peace and Justice Committee. During her time as congregational minister, Sr. Kathy served as the congregational liaison for many additional boards and committees.