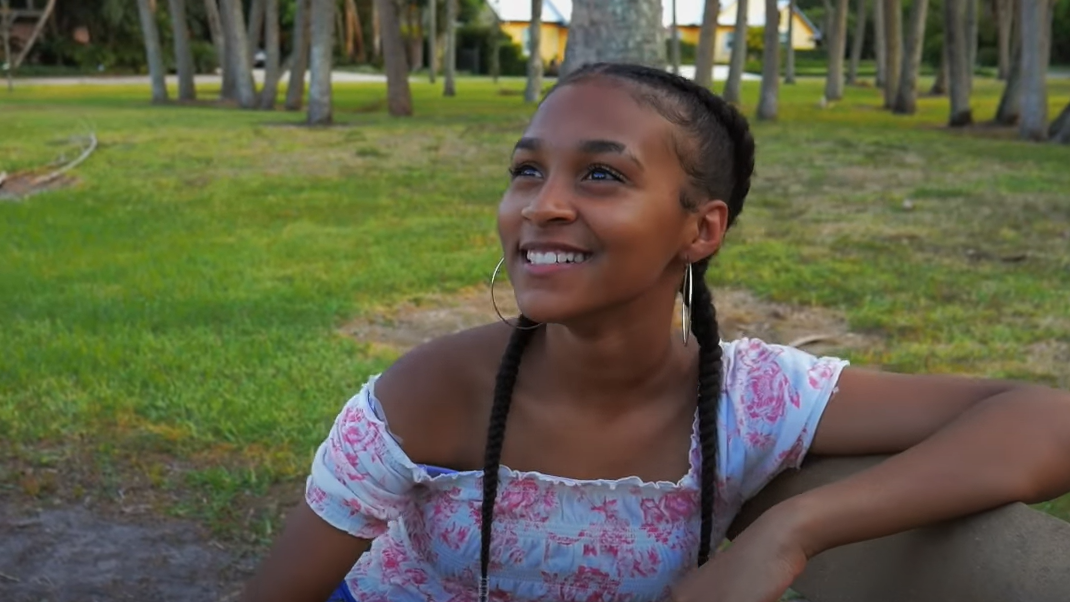 Sonia Dupree
How would the movie inform and help people who are going through this?

The movie, "Daddy,” informs and helps people by bringing education and awareness to child sex trafficking. Many people still don't realize that human trafficking is a horrific crime happening right here in the United States, including to our young people. Trafficking cases have been reported in all 50 states. In the movie, we have also embedded information into the storyline.

How does the song also inform people to get help?

The soundtrack for "Daddy" is powerful! There are a total of five songs, but specifically "Memories" was co-written by one of your students, Gia Marcinkowska. She is super talented lyrically and she really gets how to tell a story, so I had to have her involved. We even flew her down to our premiere to perform it. Interesting story - our audio engineer for the song, Mr. Ish, played the song at his job in a rehab facility. Multiple clients that heard it were impacted, and verbally expressed that they wanted to change their lives!

The song is from the point of view of a victim, and for someone that may need help, I believe it makes them feel that someone understands and is telling their story. I think that receiving empathy is an important step in the process of stepping out of the shadows and getting help.

How do you plan on producing the movie?

The movie has already been produced and was made possible by local sponsors and supporters such as the St Lucie County Children's Services Council and the Andrew and Robin Hunt Foundation. All of the actors contributed to the project for free, earning community service hours for their participation. After doing a one-night premiere locally for the cast and crew, families, and supporters, the movie has been submitted to various film festivals. So far, we have received our first film festival award: "Award of Recognition" for the IndieFEST Film Awards. Soon, we will be releasing the film on an online streaming platform, and I'll make sure you guys have the info!

Can the movie show how to not get involved in human trafficking?

Yes, the movie was definitely written from a preventative standpoint. While following the journey of an average happy-go-lucky high school student making careless choices online, viewers also get to witness from the inside, the plans, snares, and tricks of traffickers. I admit that it is hard to watch, but at the same time, you'll feel that you have to watch. You'll cringe at decisions, beg for people to snitch, throw something at the antagonist on the screen, you'll cry, and then the rollercoaster comes to a stop. It comes to a stop for the viewer, but you realize that it didn't stop for the people you see portrayed in the movie. All of these are what we want you to feel in this movie - we pray that as a result, "Daddy" is a successful tool in helping to prevent trafficking.

How would the movie and the song on human trafficking be successful in helping people?

Everyone should experience "Daddy" and its soundtrack, especially "Memories.” Everyone. No matter what age and no matter what background, you will find that there is something we all can do to help and bring awareness. Traffickers do not care about race, socio-economic status, or anything like that. However, they do prey on the vulnerable - such as foster kids, runaways, the isolated, people with low self-esteem, prior abuse victims, kids pouring out their emotions online. As long as we ignore the fact that sex trafficking is real, and that especially children and young adults are specifically targeted every day, then traffickers will continue to be successful. "Daddy" helps to get the word out through music and movie, and it is relatable to this generation. When it's available online, please share it.

Gia Marcinkowska
How would the movie inform and help people who are going through this?

It informs them of how it starts. The individual would approach the young female and basically appeal to her by telling her “I could do this or that for you” and it brings awareness to females of how this even starts and how quickly it could start also.

How does the song also inform people to get help?

The song does not necessarily offer a solution to the problem and basically a way out of it. It describes what a female goes through. I do not think it necessarily has a solution but it could be relatable to someone. Even if a few people are not going through human trafficking and just what the song touches on. Some people can hear it and feel like that they experienced something like that as well, even if it is not human trafficking. That could bring hope that they are not the only ones going through something like this. I think music does not always have an answer because somethings we go through, we do not always have an answer of how to go through it or get out of it. But it shows other people that you are not the only one going through whatever you are going through. There are more people out there than just you.

What made you write these lyrics of the song?

Basically, I tried putting myself in that individual’s shoes -- an individual who is in human trafficking and my body is being sold. How would that make me feel? The property of predator, that is what I am. I do not belong to myself anymore because I have been sold off and now, I am being taken in advantage of and being used. Not have control and then I just went from there. How would that make me feel? That is how I am able to write the verse.

Can the movie show how to not get involved in human trafficking?

I would say that I believe it had phone numbers at the end of the movie to call or for those individuals who are in human trafficking and can’t get themselves out of it. I do not believe they have contacts for people who might see something going on or something suspicious. Then they should contact whoever they need to contact for help. It would be different people you could contact based on your location. For people who wonder what I can do in this situation you just can pay attention to the signs of human trafficking. Even family members to be involved in their life and who they are talking too and especially if they are younger and do not know what is going on. If they are older, they are wise enough to know that something does not feel right. But when it comes to an 11- or 12-year-old girl, for the younger kids, we just want to be involved in their life and see who they are talking too. You do not know what someone’s intentions are with them.

How would the movie and the song on human trafficking be successful in helping people?

The biggest thing is bringing awareness to the situation -- that it is real and that it is happening. But we may not always hear about it and it is hard to hear about it because individuals who do this human trafficking are not trying to bring light to this. They are trying to remain hidden as much as possible. What the song and the movie does is exposing this situation to light so that people know that this is happening and this is going on. If you suspect something, act on it and say something.

Even though Pennsylvania weather is crazy, and it just snowed and hit sixty degrees in the same...

Masks are off! Neumann University has lifted the mandate, with masks no longer being required.