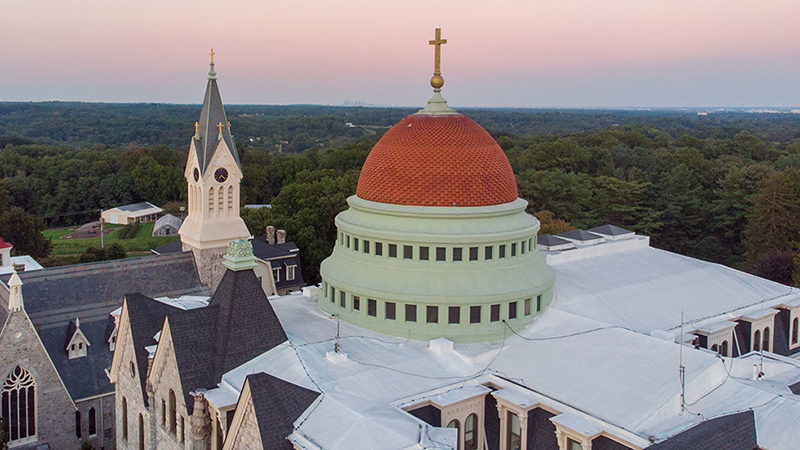 Disgraced police officer Derek Chauvin was convicted of two murder charges and one count of manslaughter in the killing of George Floyd on May 25, 2020 in Minneapolis averting what surely would have led to mass protests and instead allowing many people to exhale.

“As I listened earlier this evening to the verdict being read from the trial of Derek Chauvin, I experienced a sense of relief and a renewed commitment to work for justice, equity and inclusion rooted in our Franciscan values,” University President Chris Domes wrote to students in an email.

The National Guard was on alert in the Philadelphia area where sustained protests against police brutality and systemic racism, including on the Neumann University campus, were held last summer.

“I was in fact relieved that our justice system showed us that it’s not biased and it’s willing to rule blindly no matter the race of the accused person or the victim,” said Leonard Quill, a student.

The police murder of George Floyd, preceded and followed by more police killings and an intense, even triggering, focus on the reality of racial injustice can be traumatic for students, so Domes advised students who need it to seek help from the Counselling Center.

Mission and Ministry offered opportunities for prayer and solidarity.

The internet. They say that’s all us millennials and gen z babies waste our time on yet we need it...

On her way out of Walmart recently, Michelle Santana saved someone’s life by giving them CPR....

Hello Dolly! follows the story of Dolly Gallagher Levi, a strong-willed matchmaker, as she travels...

The song and movie “Daddy” are about human trafficking and how to be aware of this situation. I...